Fencing (which we teach at Bohemians) is the successor of historical martial arts.  Its main goal is to defeat the opponent. Competitors fight accordingly to fair play and good manners.

Due to high requirements on the material of equipment, its one of the safest sports (take a look at mandatory fencing equipment).

It is also only martial art that requires electronic device to measure hits, due to the speed of fencers. This equipment has two lights (red and green), one for each fencer.  Lights turn with every hit on a valid target.

In fencing, you can choose between three weapons – saber, epée, and foil. Each weapon is handled differently with its own set of rules:

Saber is a stab and cutting weapon. Valid target is from head to hips. Fencing with saber applies offensive priority and counter-attack. If both lights are on, it is up to judge to decide which fencer gets a valid point and which one gets a hit.

Epée is a stab weapon only. It needs a minimal force equal to ¾ of kilograms to measure a hit. The whole body is counted as a valid target. There is no offensive priority, so both fencers get a valid point if both lights turn on.

Foil is stab weapon only. To measure a hit you need a minimal force equal to  ½  kilograms. Valid target is torso only. If fencer hit the opponent on a non-valid target (hand, head, leg…) the yellow light turns on. It signals a non-valid hit. Offensive priority is applied same as with saber.

“We can trace the very beginnings of fencing to the time when one monkey took a stick and smashed another monkey over its head”
– Ondřej Kouba, trainer of fencing club Bohemians Praha

… The very origins of fencing are really hard to trace. So we can stick to the saying of our trainer.

Still, throughout the history, we can name some key moments: 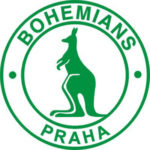 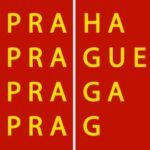